Guiding Principles for Effective Communication in Times of Crisis

Crisis Communications: It is the one tool in every PR professional’s arsenal that they hope they never have to rely on but better make sure is 100% up to the task, should it ever be needed.

My colleague recently wrote a blog post: Building a Strong Crisis Communications Strategy: 7 Steps to Consider that takes a step-by-step look at what to consider before, during and post-crisis. This got me thinking – while there is certainly a multitude of steps that go into developing a crisis plan, what are some of the general rules of thumb that apply across the board that a good crisis comms professional can rely on?

I recently participated in a webinar in which Matt McKenna, Former Senior Advisor to President Clinton and Former of Head of Communications at Uber, identified the 9 most important rules for crisis communications. In the session, he also covered how to always be prepared for a crisis, communicate through it and uphold an organization’s trust, credibility and reputation in the process. When you take a step back, many of these points may seem intuitive but it was good reinforcement to hear from someone who has been through challenging scenarios and come out on the other side.

A few of the rules of thumb he included were:

Matt’s presentation covered a lot more ground, including how not to get quoted on things you want to keep out of the press and knowing your CEOs ability before sending them into the line of fire. While a crisis breaking out is always a time of chaos, remembering some of these basics, in tandem with having a strategic plan in place ahead of time, can help you navigate the issue and mitigate the possible damage. 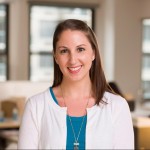 Katie is a Senior Account Director at Affect with over 10 years of public relations experience. Her expertise includes the oversight and execution of strategic PR efforts for clients across a variety of industries including security, healthcare, financial services / fintech, transportation & logistics, IT and more. Katie is a media relations enthusiast who loves finding new ways to introduce her clients to relevant reporters and publications, increasing their share of voice and developing mutually beneficial relationships with reporters. As a Senior Account Director, she is responsible for setting PR strategy to help clients meet their business objectives and providing strategic counsel to ensure PR initiatives deliver consistent ROI. Prior to joining Affect, she worked at Brainerd Communicators in NYC, where she led PR activities for a professional services firm spanning multiple industries.