Recently, JPMorgan Chase (@jpmorgan) had to shut down a Twitter chat using the ill-fated hashtag #AskJPM. No, not because no one asked good questions (or the radio silence that most PR people fear), but instead, because the questions asked of James B. Lee Jr., vice chairman and top deal maker, were hostile, offensive and inciting a full-on brand attack. Articles in the NYTimes, Huffington Post, and others document some of the antics, but I’d like to focus on how this could have been prevented, anticipated, or handled better by a firm finding itself in this situation.

1. Know your reputation. JPMorgan Chase, like many banks, has been vilified over the past few years. Pick your crisis – mortgage crisis, multi-billion dollar trading crisis, political crisis, etc. I could go on. But, most people are not sending love letters to JPMorgan Chase via social media. Now, that’s not to say that the company should avoid social media, on the contrary, JPMorgan should be trying to create positive interactions and conversations about the brand. But, they should be fully aware that the detractors are out there and that it was 100% foreseeable that some snarky comments and angry questions would come through.

2. Plan for a crisis in order to avoid or mitigate a crisis. If the PR team anticipated that this could happen, they should have had a back up plan or a way to stack the deck in their favor. Perhaps, folks would need to email questions in advance rather than ask publicly with a hashtag. Perhaps, people would need to DM the question directly @jpmorgan so they could moderate the questions. Perhaps, the internal team would have asked some ‘friendlies’ to join the conversation early to stack the deck in favor of a productive conversation. Perhaps, the Q&A could have been conducted with a prominent journalist on twitter. There could be dozens of ‘workarounds’ for this issue but you have to plan for them  in advance – before the angry mob takes over.

3. Take if offline (or behind closed logins). JPMorgan Chase may have been better served to conduct this chat in a closed forum or in a group dedicated to these types of financial conversations rather than going out into Twitter which can be the equivalent of standing in Times Square (all the crazies come out!).  At the end of the day, deciding to cancel the chat may have been the right decision in this situation. (No need to run into a burning house just to see how hot it is.) And, I don’t think one cancelled Twitter chat is going to hurt the company’s earnings this year. However, I do hope that the PR and social media team are not just licking their wounds but rather already thinking about a strategy for a more successful outcome for the next Twitter chat. 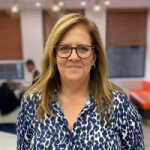 Sandra Fathi has spent the last 20 years helping technology, healthcare and professional services companies achieve their goals. As President and Founder of Affect, a public relations, marketing and social media agency, Sandra has successfully led the company with consistent growth since the agency’s inception in 2002. Sandra is also active in the communications industry and professional community. She has been a board member of the PR Council and has served as Chair of PRSA’s Tri-State District, President of PRSA-NY and President of the PRSA Technology Section. Adding to her accolades, Sandra has been recognized as one of PRNews’ Top Women in PR, a PRNews PR Professional of the Year finalist, and a Bulldog PR Agency Professional of the Year.