Avoiding the Perils of Real-Time Marketing

The power of social media is, in part, the ability to capture and share information in real-time. For many brands this means using real-time marketing (RTM) tactics – on-the-fly participation in the events, topics, and ideas trending among target audiences online at a given moment– to make an impact and produce immediate results. The catch? It’s only effective if the content is contextually relevant, creative and timely. Some campaigns, like the Oreo dunk in the dark tweet, have shown that RTM can be a spunky way to steal the night. At the same time, the Internet is littered with examples of RTM gone horribly wrong.

Below are three ways to avoid disingenuous or inauthentic real-time marketing content that can be harmful to your brand’s image.

The first rule of thumb for RTM is to make sure that the timing is right. Jumping on a trend too early will confuse followers, who will then skim over a potentially brilliant idea. Similarly, jumping on a trend too late means taking the risk of being drowned out by other brands, or worse, losing your original idea to someone else. But the most egregious misuse of timing is jumping on a trend that is not ethically appropriate. Epicurious was guilty of doing so last year when they used the aftermath of the Boston Marathon bombing as a hook for their Twitter content. In response, Epicurious received immense backlash from the social media community and tainted their brand’s reputation.

Successful RTM means presenting content that is relevant to your audience. This is not achieved by off the cuff messaging but rather through strategic marketing efforts that are executed on a daily basis. Progressive, known for their quirky commercials, demonstrated an effective use of real-time marketing by gracefully bowing out of commenting during the Super Bowl. With just a single tweet about the lack of commonality between car insurance and football not only was Progressive able to avoid risking potential criticism or confusion; they were able to gain the respect of their followers as well.

Neither social media nor RTM are brand new concepts. With that said, brands have been trying to continuously “one up” each other’s previous campaigns. New ideas that are appropriate and timely are often rewarded. At the 2014 Oscars, Samsung took advantage of the selfie hype and was able to garner 2 Million re-tweets, which actually shut down Twitter temporarily. Their star-studded picture was one-of-a-kind, and successfully showcased their product in a creative setting.

Done properly, real-time marketing provides a constant stream of new opportunities to interact with your target audiences and engage in conversations that are meaningful to them. But as this post makes clear, there is definitely a difference between doing real-time marketing and doing it well. These three tips will help ensure that you’re ready to execute RTM tactics effectively, without damaging your brand’s reputation.

Share your thoughts on RTM practices. What are the best and worst RTM campaigns you’ve seen this past year? 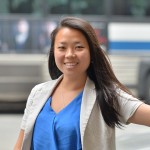 Lulu is a Senior Account Executive at Affect, where she brings deep experience in high-tech and entrepreneurial PR as well as expertise in conference and award program production. Lulu works closely with clients to generate and achieve business goals, specifically in the areas of content development and media relations. Lulu joined Affect from Boston-based fama PR, where she contributed to the media relations and thought leadership programs for a diverse group of clients including those with specialties in software data storage, personalized email marketing and analytics, digital retail media and interactive consumer technologies.