Choosing Your Company’s Spokesperson: Don’t Put All your Eggs in One Basket

There has been a lot of uproar in the news recently regarding brand spokespeople gone wrong, from Subway spokesman Jared Fogel’s indictment on criminal charges to other major cases over the past decade. For example, you might remember Kellogg’s dropping Michael Phelps for smoking marijuana, or Smithfield Foods and The Food Network dropping Paula Deen for publicly vocalizing racist slurs. With these instances in mind, it seems that the margin of human error is high risk and brands should be cautious when deciding whether or not to have a spokesperson, especially one from outside the company. And, while spokespeople have been successful marketing vehicles in the past, some communications professionals believe it’s safer to avoid using a hired spokesperson altogether, or at least, to avoid putting all of the company’s eggs in one basket resting on the shoulders of one individual with potentially reckless behavior.

As PR professionals, we are often in the position of guiding a company’s image, and we’d like to offer four tips on what to consider if and when selecting a spokesperson for your brand:

While it’s not always easy to find out everything about a person’s past, if he or she is representing your brand, we recommend doing as thorough of a background check as possible before considering the candidate to represent your company. For example, with the recent scandal involving TLC and Josh Duggar, a timeline shows that there was a 6-year history of sexual abuse issues in the family before the premier of 19 Kids and Counting, a successful show that ran on TLC for over 15 seasons starring the Duggar family.

In addition to TLC missing that fact in their research, there was ample evidence that TLC became aware of the sexual abuse allegations during Josh Duggar’s tenure on the show. However, the organization did not take any action to terminate his participation in the show or conduct further investigations. One good takeaway from this instance is that if a person is representing your brand on an ongoing basis, you should monitor his or her activity over time in addition to checking his or her reputation at the start of the partnership. TLC is not the only company that seems to have made this mistake. For instance, it appears that Subway executives may have also been aware of Jared Fogel’s affinity for sex with minors during his tenure as spokesman, even though the company did not take any action against him or disassociate with him until the scandal broke in the public sector.

It is important to ensure that the individual you select as spokesperson has an image that is in line with your brand. Sometimes, the person you select for one particular skill or quality may have another attribute that turns out to be a deal breaker. For example, Tiger Woods remained a world-class athlete after his infidelity scandal, so Nike felt no need to drop him as a spokesperson since the company’s concerns were almost exclusively around his achievements in sports. On the other hand, brands that focused on Tiger for his likability and family-man image in addition to his athleticism, like AT&T, Gatorade, and Tag Heuer, let him go.

Although the vast majority of consumers understand that celebrity spokespeople are paid to endorse brands, the most effective partnerships happen when the pairing is deemed authentic and natural by the public. In other words, when it is believed that this is a product or service that the celebrity would choose to use or purchase even if he or she weren’t being compensated. Simultaneously, companies don’t gain the benefits of working with a celebrity spokesperson if the spokesperson does not reflect the same values as the brand and its target audience.

For example, when a spokesperson engages in behavior that goes directly against the messaging or mission of the company he or she represents, it can have highly damaging implications for the brand. When it came out that Gilbert Gottfried (voice of the Aflac Duck for 10+ years) tweeted insensitive jokes about the 2011 tsunami in Japan, Aflac fired him immediately. According to the Huffington Post, Aflac operates 75% of its business in Japan.

With the amount of history and resources available to help you learn about past cases of brand spokespeople gone wrong, it’s important to take advantage of this knowledge and avoid repeating others’ mistakes. In addition, even if you conduct thorough research and feel confident that the spokesperson you select both has a clean record and upholds your brand’s values, remember that this can change at any time during the individual’s tenure with your company. Therefore, it is key to have a plan of action in place in case things go awry.

So, whether your brand decides to select its spokesperson wisely, or opts to avoid the risk altogether, we hope this information can help you make an informed choice. By conducting thorough research, checking an individual’s personal preferences, authenticity and integrity, learning from past mistakes, and making sure to have a contingency plan in place, you can be one step closer to making sure that headlines about your spokesperson, and therefore your brand, stay positive. 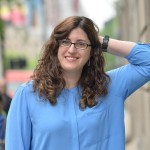 As VP of HR & Operations, Regina Pyne is responsible for running the day-to-day operations at Affect, including finding ways to make the company more productive through its business operations and human resource management. She also handles recruiting for the agency; creating and implementing policies; staff development and management; benefits and contract management and operations management. Before transitioning to her role in HR and Operations, Regina worked on the client side as an Account Supervisor, where she managed PR accounts and provided strategic counsel to B2B technology and healthcare clients.