Welcome back for part 3!

If you missed part 1 with Jason Perlow of ZDNet, or part 2 with Martin Bryant of The Next Web, click to view the blog posts.

The third and final panelist for the A Tech PR Trifecta webinar hosted by PRSA was Mark Sullivan, senior writer at Fast Company. He covers hardware and software products of large platform companies like Apple, Google, Microsoft, and Samsung. Prior to Fast Company, he wrote for VentureBeat, Light Reading, CNET, Wired, and PCWorld.

As one of the top business publications in the industry, it’s no surprise that Fast Company has the highest qualifications for their writers, freelancers and contributors. On an average day, Mark writes one or two of what he calls “fast feed stories,” which are breaking news or timely stories that are roughly 500 words a piece. He also writes two or three in-depth feature stories that explore a topic in more depth.

When it comes to timely news, Mark prefers if a pitch reaches him before he writes about it. Follow up articles can be worthwhile for some reporters, such as those at The Next Web, but Mark doesn’t find them incredibly worthwhile. Mark has found that once he has covered a breaking news topic, it’s a challenge to find a unique angle that has not already been pursued by other publications.

From a pitching perspective, he is impressed when PR people think “out of the box” in a way that captures his attention. For example, Mark specifically spoke about when a reporter built him an app variation of the app that he was trying to promote, and he actually downloaded it and used it on his phone.

Similarly to the other panelists, Mark is not the biggest fan of receiving phone calls from public relations professionals. He would rather receive news and pitches via email, where he can read them when it’s more convenient throughout the day. However, if a PR person is working on a story already with Mark, calls are appropriate, especially if it’s a timely addition or revision to what he’s already writing.

In-person communication, when available, can be useful in building a relationship with a reporter. Being based in New York, Mark is open to meeting with PR professionals and companies to hear more about their organization, products if applicable, and what they’re currently doing that could be newsworthy for a story. He also doesn’t mind being approached if he’s at an event or press conference, especially since it’s the PR professionals’ jobs to know who the journalists in the room are.

To view the webinar in its entirety, click here. 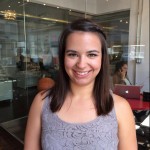 Alexis March is an Assistant Account Executive at Affect. In this role, she is working with clients to secure media placements, develop press releases and other content, as well as conduct daily media monitoring and reporting. Prior to joining Affect, Alexis was an Account Coordinator at Paige Group, where she worked with clients in a variety of sectors including technology, B2B, and public information and engagement. Alexis was responsible for media monitoring and reporting, media content development and coordinating event logistics. She also spearheaded the use of media monitoring services at the agency to increase the accuracy of media data and analysis for her clients. Alexis earned her B.S. in Public Relations from Utica College.