We typically don’t discuss our clients that often on Tech Affect, but when one launches a product that is right at the intersection of technology and communications we’d be remissed not to discuss. Our new client Talkwalker just launched its new social data intelligence product IQ Apps.

Who is Talkwalker and what is IQ Apps you ask? Well, Talkwalker is a social data intelligence company that launched back  in 2009. Originally based in Europe, the company recently opened shop here in New York City. As I mentioned earlier, last week IQ Apps was made available to the public. I got to play around with IQ Apps before the official launch and was really impressed with the features and level of social intelligence it provides.

A few key things I like as a communications professional:

For more info, check out this blog post from Talkwalker regarding all the new features.

If you’re looking for a social intelligence platform or an easier way to understand the impact the online world is having on your company, I’d recommend taking a look at Talkwalker and IQ Apps. 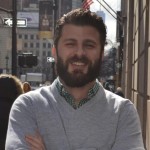 Steven is an Account Director at Affect, where he utilizes a combination of traditional and digital media knowledge to provide clients with strategic guidance for maintaining a sound corporate profile and managing reputational concerns. He brings a diverse communications background to Affect, having worked in several fields including crisis and corporate communications, investor relations, media relations and digital strategy. Previously, Steven was a Manager in the Corporate/Public Affairs and Crisis Practice at Burson-Marsteller where he specialized in connecting B2B companies with relevant stakeholders through social media and digital channels.