Last week, the Topps Company – maker of Ring Pops candy – experienced backlash and a potential investigation by the Federal Trade Commission after the company launched its #RockThatRock campaign, which invited users to post photos on social media showing how they wear their “edible bling.” However, some pre-teen and teen girls entered the contest posting photos that some construed as provocative. As a result, several advocacy groups have asked the FTC to investigate the Topps Company, claiming that the promotion violates the Children’s Online Privacy Protection Act by collecting and disclosing personal data from children under age 13 without their parents’ permission – whether it was intentional or not.

Katie Creaser, Vice President at Affect, contributed to an article in Forbes, “Marketing Gone Wrong: Is Your Social Media Plan Legal?” written by Cheryl Conner (@CherylSnapp), discussing the mistakes of the #RockThatRock contest and how brands can avoid making the same blunders as others. According to Katie:

“When you decided to engage on social media, you are agreeing to stand on a very public stage and allow your customers to tell you what they really think about you. What sounds like a great idea or a promotion in a marketing meeting may not play out well once it’s launched online.”

“On social media, there’s no filter and you turn over some editorial control. For that reason, brands have got to have a carefully planned social strategy. You need to think through all possible situations and scenarios that may occur online and plan for how you will respond.”

It’s fairly easy for brands to make mistakes on social media channels that quickly spin out of control. Before jump-starting a social media contest, brands should ask questions like:

When launching any campaigns involving minors, brands – especially those new to social contests and engagements – should stay on the conservative side of FTC regulations, and have the strategies vetted by legal advisors that are familiar with social media before getting started.

Do you have any others tips to consider for launching a social media campaign? 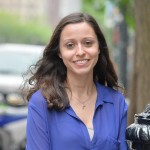 Jenna is an Account Supervisor at Affect, where works closely with her clients on day-to-day account activities and assists the communications team in carrying out long-term goals. Jenna is primarily responsible for media relations and content development. Jenna joined the Affect Team from Hill+Knowlton Strategies, where she was an assistant account executive in the Corporate Communications department.